Anyone got a vintage classic car?

t2 1973 that I’m on crash course on restoration

anyone else got a vintage?

I’ve had a few vw’s, real ones though not the ‘gay bay’

Vintage is generally accepted as pre 1940

Vintage is generally accepted as pre 1940
Click to expand...

This is a common misconception with air cooled vw owners... most are on their high horse and for some reason deem them as ‘vintage’.
Back in the day the very community used to be friendly and helpful now everyone just rips each other off selling extremely over priced and crap second hand parts. The cars themselves sell for ridiculous money. I sold my samba for £47k and have to admit that it was sh*t.
Looked nice though.

@Walkersman this any good for you?? Don’t want to put a downer on things for you as they can be enjoyable. Learn as much as you can as they are a constant pain. I wouldn’t own one without the basic knowledge

I used to love going to Camper Jam and Bug Jam back in the day, especially when I passed most of them 'parked' on the hard shoulder somewhere along a busy road, usually with an RAC van or AA van parked suspiciously close to them! I'm sure they would be a lot busier in the show ground if all of them actually made the 50mile round trip!!!!
B

Vanders said:
@Walkersman this any good for you??View attachment 73726
Click to expand...

No it's not me who has one, it was the original poster. Thanks for asking though

Walkersman said:
No it's not me who has one, it was the original poster. Thanks for asking though
Click to expand...

Back when you could travel I was in Lyon, I had just crossed the Saone and was about to cross the road at a zebra crossing. The first car that stopped was a blue Ami convertible with the most beautiful lady driving it. My jaw dropped, which she must have noticed because she gave me a little wave and a wonderful smile. It was twenty years ago and I can picture it like it had happened in the last 5 minutes.

I've had a few classic (as opposed to vintage) cars: 1974 Hillman Hunter DL (worn out but a lovely comfortable car for a sixth form student!) Two Mk 1 Escorts, back when they weren't silly money

1975 Ford Cortina 2000E (Looked shabby but standard, I should have kept that one, especially after I dropped the 2.9 Cosworth BOA engine in it! We also did a couple of epic European road trips in it - Here it is on a Croatian motorway) 1986 Citroen 2CV (Both my wife and I hated that thing, it was a real deathtrap but I made over 1000 quid in profit by selling to a collector in Malaysia!) 1974 Austin Allegro (Bought for a joke, it was immaculate - the joke was on me however as I immediately realised what an excellent car it was, in complete contrast to the reputation! I kept it for a couple of years and remember it fondly 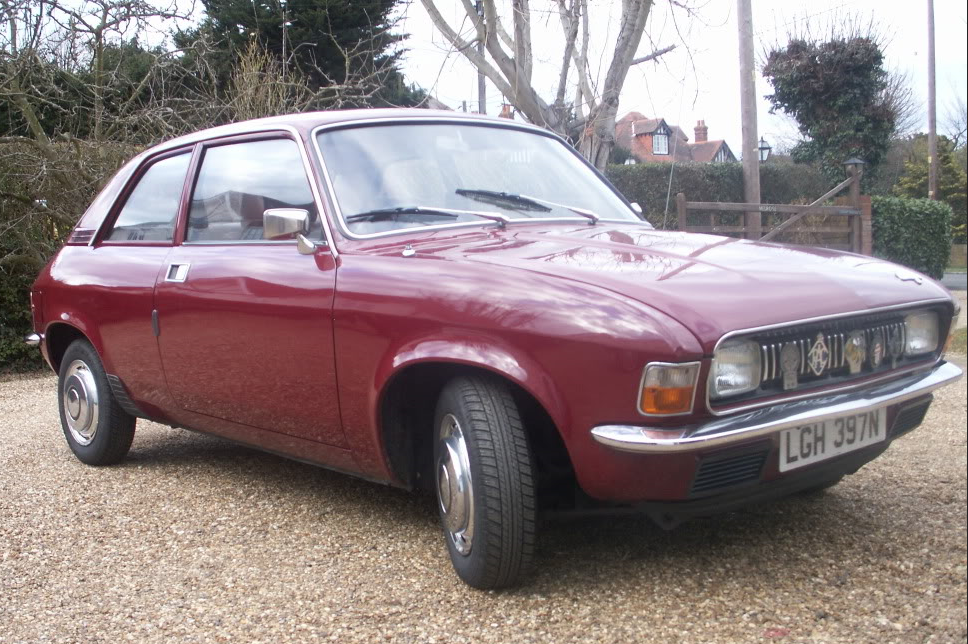 2 x 1977 Austin / Leyland Princess' (Again, excellent cars in "b" series / 1800cc format, these plus the Allegro completely changed my outlook of BL cars) 1969 Plymouth Satellite (bought in Arizona, had it shipped to San Francisco where it did a 12,000 mile tour of the USA after a left university in 2003!) The Austin princess is no doubt THE ugliest car ever made!! Makes me want to vomit just looking at it!

What’s the BMW worth??

We nicknamed the Princess "the wedge"....for some reason BL rebranded its name to the Ambassador

Vanders said:
What’s the BMW worth??
Click to expand...

Vanders said:
The Austin princess is no doubt THE ugliest car ever made!! Makes me want to vomit just looking at it!
Click to expand...

The back could have been done better, but I don’t think it’s an ugly car judged by the standards of the time, it’s very of its era and was seen as exciting and modern back then.

Honestly I was expecting the BL products of the 70s to be garbage but they were actually very good cars - I assume the factories were having good days when mine were made! None of them gave any trouble and were very practical, comfortable and economical in use - Plus super simple to maintain.

They don’t rust quite as fast as some other cars of the era either.

I had the Allegro HL which was deemed the luxury model and liked it. The square steering wheel was a bit odd though