timmus said:
I am fairly sure I can adapt a UK instrument cluster to pick up a speedo signal from the ABS system, but I have not yet tried it because there has, so far, been no need. I'm not sure whether I'll be able to do the same for left-hand-drive A2s, as I have not yet had the opportunity to learn. If you need to have your instrument cluster adapted in this way, I will be more than happy to help, but I would not want you to drive here from Denmark before I am sure I can solve the problem.
Click to expand...

I've done some more investigation into this matter. My new understanding is that the software inside the instrument cluster is totally irrelevant when it comes to speedo signals. All instrument clusters pick up a pulse-based speedo signal; earlier clusters use the gearbox as the source, whilst later clusters use the ABS unit as the source.
If you fit a gearbox without a speedo drive (such as the 6-speed MYP gearbox), the cluster must then be able to pick up its speed signal from the ABS unit. However, if the ABS unit doesn't have a speed signal output, you've got serious problems!
My current belief is that the earlier MK20 ABS unit doesn't have a pulse-based speedo output, which would explain why it's fitted in conjunction with a gearbox speedo drive. Based on this new understanding, the 6-speed upgrade method suitable for a given car is therefore determined by the generation of ABS unit fitted, not the generation of instrument cluster. If you've got a MK20 ABS unit, you must upgrade via a gearbox extension (such as the one fitted to my car: http://www.a2oc.net/forum/showthread.php?21523). If you've got the later MK60 ABS unit, both upgrade methods are available to you (either MYP 'box or an extension of your existing 'box).

If the MYP gearbox can have a speedo drive retrofitted, then the MYP gearbox option becomes available to all 1.4 TDIs. However, this would require investigation and may be physically impossible or prohibitively expensive to realise.

Having read this thread and others on the JDD 'box conversion, it seems as though it's a good compromise for those (like me ) with an early AMF engine, an EWQ 'box with a speedo output and the MK20 ABS unit that doesn't have pulse-based speedo output. Unless I've missed something in all of the small print, there are a few loose threads to tidy up, namely:
Other than that, it looks as though the conversion is straightforward. The fact that the JDD will be a newer 'box (likely with lower miles as a result) and has the stronger synchromesh of more recent VW boxes makes it more and more attractive. I would have liked an MYP 'box, but they are difficult to source, cost quite a bit more than the JDD and the hurdle of speedo drive conversion looks as though it would entail a gearbox rebuild at the very least, which would make things prohibitively expensive.
Z

Hi Zoltar. How did you manage to get MPH speed on your LCD? looks cool

ZEE said:
Hi Zoltar. How did you manage to get MPH speed on your LCD? looks cool
Click to expand...

It's his smartphone stood in front of the standard LCD.
Last edited: 23 Apr 2020

Who else has done this conversion to your A2, what were the total costs and what are your impressions?

I live in rural Devon but near to several A roads and the M5, so I need quite a wide range of capabilities from the car I settle on: 30 mph on hilly lanes, 40-50ish on faster but twisty / hilly B roads - then 70-80 mph on the trunk routes.

I get the MYP 6 speed would be the ultimate, however the cost!!

That sounds like an application for the longer 5th gear mod to the existing EWQ box to me, rather than the longer ratios all the way through the JDD box. You need the flexibility of the lower gearing for the lanes and B-roads where you'd scarcely be in 5th anyway, but you'd like lower revs when on the trunk routes. The question is, how often you'd find yourself sitting in 4th at too low revs to change up.

I’ve had the long 5th gear fitted for around 2 years and loved it
I got a chance last year to but a jdd box from a 72k car for £100
The box sat in the garage for months but a took the lockdown opportunity to fit it and a new clutch and suspension upgrade all at the same time
First 20 miles on the JDD box and I am VERY impressed with it
Gear change is more like a petrol A2 slightly shorter shift pattern and the original jdd box
Gear ratio feel much more suited to a remapped AMF engine than origin box
Engine noise at motorway speeds is none existent
Too early to say on mpg but mini dis is staying quite a bit better than original box at both 40, 50 & 60 mph

Can anyone confirm the part number for the dog bone mounting when fitting a JDD i have the gearbox installed but missed the part which says the mounting plate is different. i think it's 6q0 199851AK

depronman said:
Use the existing A2 dog one and steel plate but only attach to the gearbox with two bolts

Sent from the future 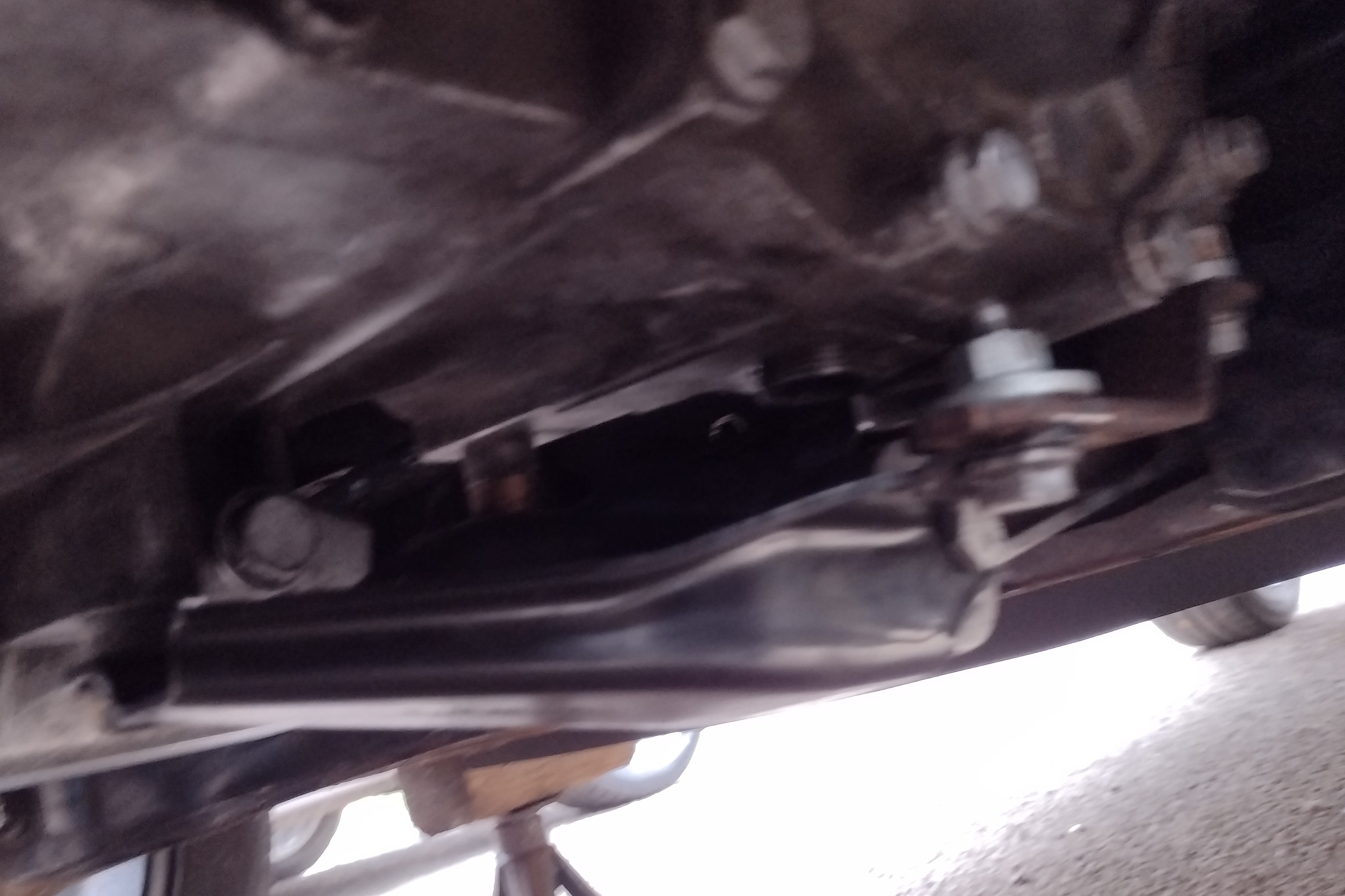 depronman said:
Nearly all other vag cars only use two bolts in the pendulum mount

Yes i just wondered which assembly is suitable to fit our A2's and then bolt directly without the need for spacers using just 2 bolts?

depronman said:
I don’t think there is such a std part
The mount of the blue motion gearbox for the polo didn’t work for me but I can’t remember why
So I used the std A2 metal work and fixed to gearbox with two bolts and a couple of spacers about 4mm thick from memory

From what i can gather looking at pictures the A2's mount to the subframe is not directly in line with the 2 bolt holes.

Many thanks for clearing that up for me!

Howey said:
From what i can gather looking at pictures the A2's mount to the subframe is not directly in line with the 2 bolt holes.

Many thanks for clearing that up for me!

Just thought I'd add my 2p to this!

Having just managed to get the JDD Box bolted up enough (will finish off tomorrow) here are my obvservations on differences. My Box was from a Skoda Fabia.

Gearbox Side Mount:
As per the OP, you will need to modify the box slighty. There is a web between two of the fixations, and the gearbox mount fowls on this. I actually forgot to do this, so had to do it in situ. It was very easy to do with an angle grinder.

Furthermore, where on the old box 2 bolts were screwed into the box (Through the mount), on the new box this isnt possible. The middle hole is NOT tapped on the JDD, it is a through hole, so I need a longer bolt and nut.

I used a genuine brand new Polo mount, but the same issue will come from any dogbone as previous posts in this thread do state. I have the new moutn bolted to the old bracket that was on the factory box.

Where the bush is on the gearbox side of the dogbone, the JDD box has an extra Boss in its casting. It looks like a tapped hold for mounting it. Mine fouls here.