In what will probably not be a surprise to many on here, my FSI had to go the last couple of miles home last night on the back of a recovery truck due to a cooling system failure. Where the story differs a bit is that I'd just (earlier in the week) had the death pipe, thermostat housing, expansion tank, and the vent pipe from the tank, all replaced. What was not replaced, however, was the other infamous part of the system, the y pipe. The photo below shows the result. The y piece failed, causing coolant to spray all around the engine bay. From first smelling the tell-tale aroma to stopping was probably 15 - 20 seconds. Fortunately it's a small hose so coolant isn't dumped instantly, but the warning light came on soon enough. The car was at least considerate enough to break down right by a layby!
What I think happened was that the pipe was on its last legs already - the small plastic end part has just totally crumbled apart in the coolant hose - and the repairs to the other parts of the system have exposed the y piece as the remaining weak point. Once the main system was up to proper pressure, this has just given up the ghost. I'm in the process of ordering a replacement for the y piece, as well as the hose it connects to and the relevant spring clamps (both probably over-cautious), and a couple of bottles of G13.
Fortunately it's easy to replace, so once I have the bits it should be back up and running pretty quickly. The lesson here is: DO NOT REPLACE THE DEATH PIPE AND THERMOSTAT HOUSING (COOLANT REGULATOR HOUSING) WITHOUT ALSO REPLACING THE Y PIECE (OFFICIALLY 1J0 121 087 D COOLANT FLANGE). 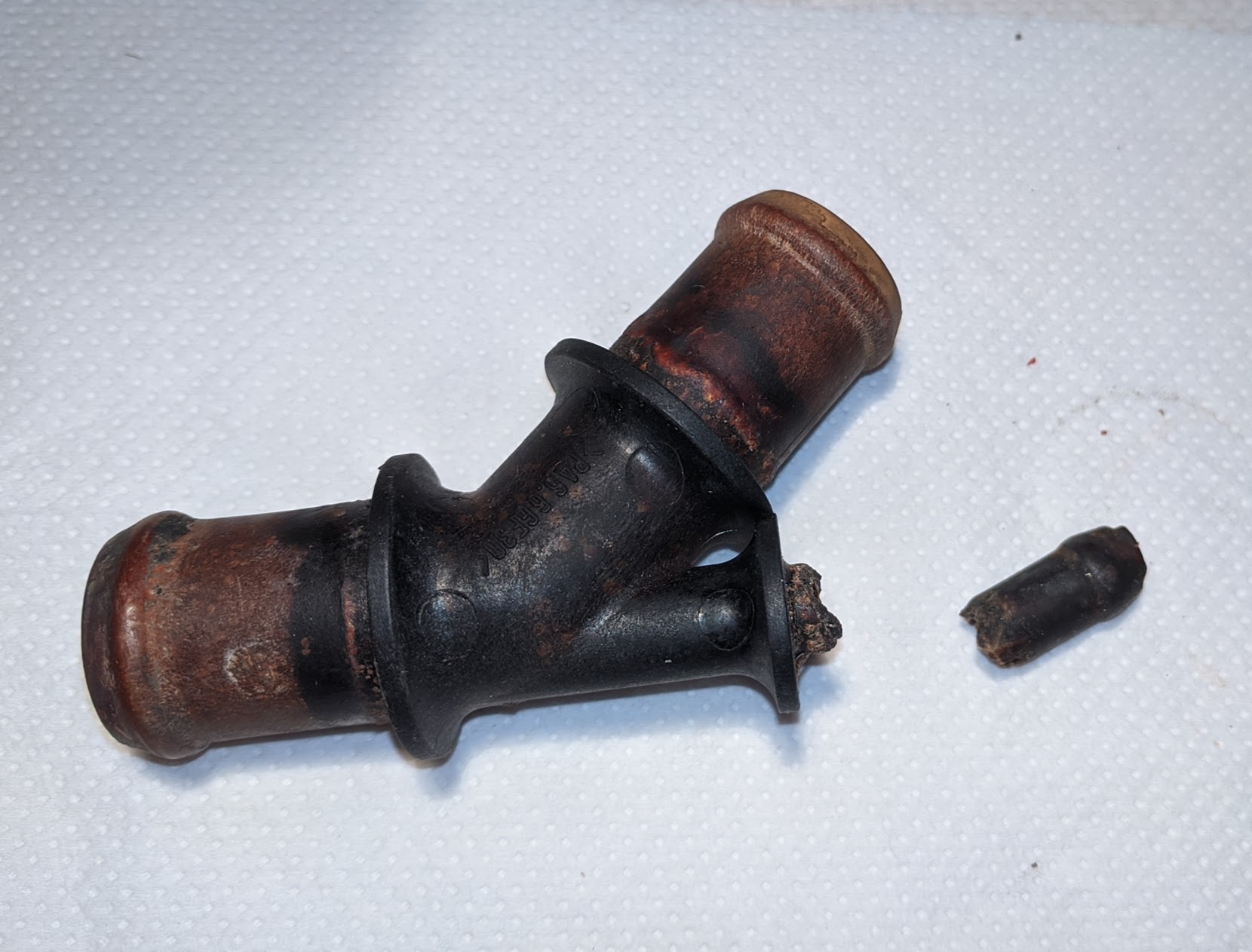