What else to replace while doing 1.4TDi clutch? Crankshaft oil seal?

My release bearing has been making noises when cold for a year or so, so I thought it was time to get my hands dirty. I have my 3-part LuK clutch kit as recommended by many, and I took off the gearbox last weekend. The car is low mileage at 97k miles , but coming up to 17 years old. Anyway, I found the crankshaft oil seal was keeping the oil in and looking in great condition. There's no sign of a leak from the gearbox input shaft seal. Basically, everythings fine apart from the release bearing.

The clutch friction plate has enough life for another 150k miles, consistent with reports from the high mileage club (measuing depth to rivets, new vs old). The pressure plate is fine, and hasn't been damaged by the occasionally sticky release bearing. They're the original parts, Audi-branded LuK components, by the way. I'm half tempted to throw the lot back together with only a new release bearing, but will use the full 3-part kit as I'm not skint.

The release fork, ball stud (with red nylon top), retaining spring are all good, I mean very good. The flywheel is in great shape, with a very smooth and flat mating surface. Regarding the flywheel bolts, the manual says replace, but apparently most pro mechanics re-use, with threadlock of course. That's my intention, having done so with other cars in the past - anyone done this and regretted it?

I'm pondering replacing the crankshaft oil seal and gearbox input shaft seal, but we don't do many miles in this car - only 2-3k pa. Looking at the high mileage threads, almost no-one is reporting seal failure. If it's not happening below 130k miles we'll be good for another 10 years. I'm seeing conflicting advice on more general forums. Lots of experienced folk saying don't change if not leaking. Others saying crankshaft oil seals last 100k miles, so replace (more generally, not necessarily applicable to TDis). I'm concerned about ending up with a leak if I do replace them - if it ain't broke, etc. Plus there's the green issue - don't replace good parts...

Any advice based on high mileage experience please? Will be putting it back in at the weekend (Sat 13th Nov 2021 if you're reading this after then )

Incidentally, I have some tips for getting the gearbox off, using a trolley jack with the car on axle stands. Would have saved me a lot of time. I went by the manual, Depronman's advice and youtuber Der Autohandlerin (she has a 2-part clutch change series and main seal swap vids). Basically, take out the RH drive flange from the diff. Single bolt, 6mm hex. 25Nm when it goes back. You lose a bit of gear oil, but it means you can pull the box straight back, and you don't need to remove that almost inaccessible small plate from the shield between the engine & gearbox. Well worth doing if you don't have a lift and a gearbox jack. 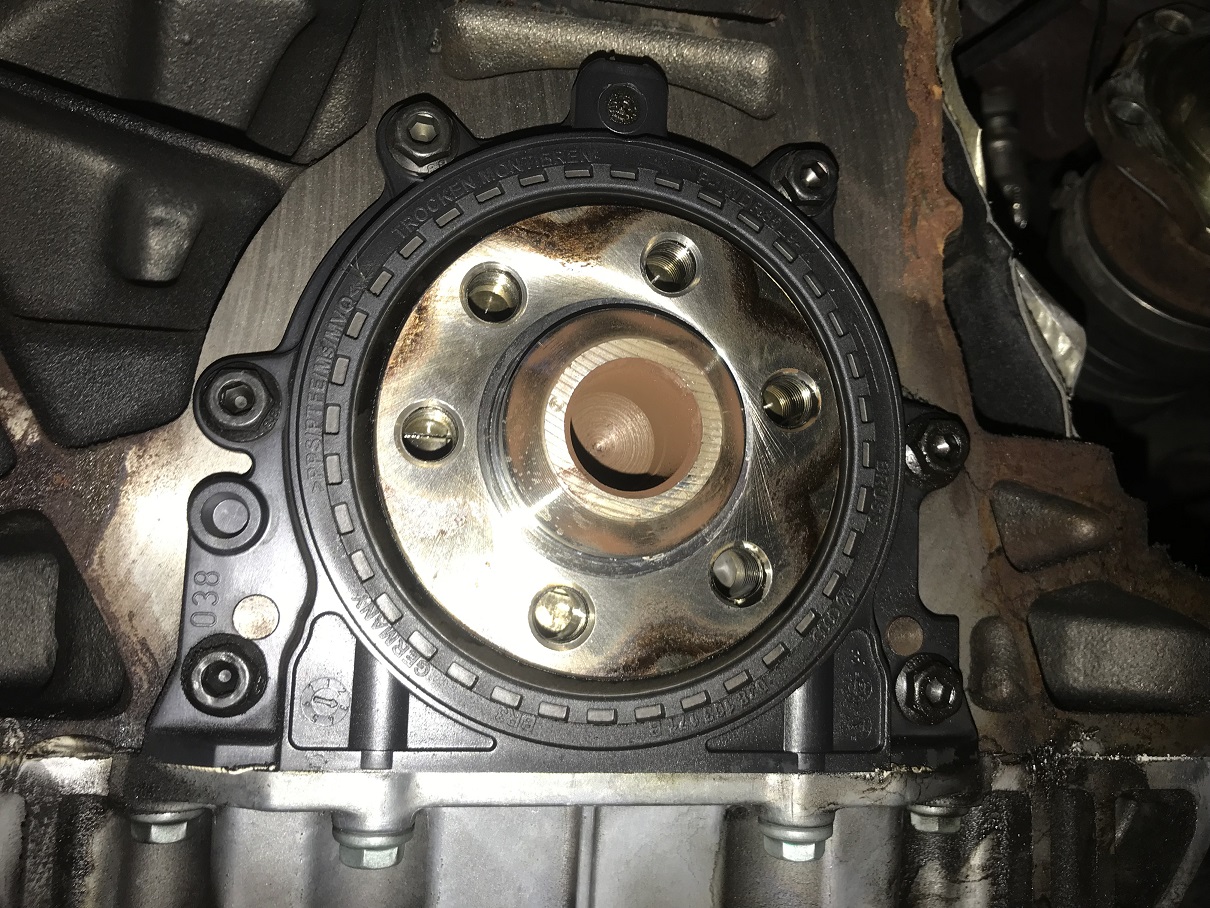 Sorry I can’t advise as I’m very much a novice, but with your annual mileage though, I would agree with “if it ain't broke……” Will be following this with interest as my clutch is just starting to slip at 142k.

I intend to replace the intercooler, air conditioning condenser and radiator at the same time as I believe the bumper has to come off to do the clutch?

froggy said:
Sorry I can’t advise as I’m very much a novice, but with your annual mileage though, I would agree with “if it ain't broke……” Will be following this with interest as my clutch is just starting to slip at 142k.

I intend to replace the intercooler, air conditioning condenser and radiator at the same time as I believe the bumper has to come off to do the clutch?

Good luck! No, the bumper absolutely does not have to come off! Bonnet and LH wheel arch liner are the only bodywork parts you need to remove. I've read the post that lists taking off the bumper, but as the guy said, he didn't read or follow the workshop manual and just did what he thought was needed based on experience. There are no access issues with the bumper on, everything can be done from above, below and under the LH wheel arch. This video (and its follow-up) follows the shop manual almost to the letter :

I personally would not dream of replacing a perfectly good rear main oil seal, for exactly the reasons and failure rate you mentioned, clutch kit, guide tube and gearoil to fully answer your question

Howey said:
I personally would not dream of replacing a perfectly good rear main oil seal, for exactly the reasons and failure rate you mentioned, clutch kit, guide tube and gearoil to fully answer your question
Click to expand...

Thanks - confirming my thoughts on the seals. The guide tube is fine. The only thing touching it'll be the nylon (or whatever plastic it is) of the new LuK release bearing, so it'll be fine. The original bearing has metal parts in contact with it, but it's not worn despite that and the bearings both move freely on it. Changed the gearbox oil 23k miles and 11 years ago, so will top up - probably no need to replace, but open to advice based on age/mileage.
You must log in or register to reply here.
Share:
Facebook Twitter Reddit Pinterest Tumblr WhatsApp Email Share Link
Top