Drag efficiency of the A2 and how to improve it.

Came across a good bit of information today. Fuel efficiency is a big factor in many people buying an A2 TDI and so the folloiwng information may be interesting. It shows what items make up the A2's drag and the effect that modifications can have in both a positive and negative context.

Lowering the vehicle by 30mm approx. -5

Outside rearview mirrors +2 to +5

Airflow into the engine compartment +4 to +14

And a PDF to go with it.

A2Steve said:
And a PDF to go with it.

Better get my fibre board and gaffer tape out hadn’t i!!!
A

Yes, I've seen this before and am really interested in trying to reduce drag (had a couple of gen 1 insights and, surprisingly, there are are significant improvements that can be made on them!).

This guy has a good youtube channel, mostly just touting his books, but useful and interesting nonetheless.

I popped it in the weight loss thread, but I was toying with replacing the wing mirrors with cameras, as you see on EVs and Lorries. Not that the A2's wing mirrors are especially large, but enough to make a difference.

Cheap £30-40 reversing camera with a decent night performance and 3D print the outside casing.

Also was thinking about a spat over the rear wheel to minimise turbulence around that area. Although don't think I can bring myself to due to aesthetics

And also deflectors in front of the front wheels.

Slowly working towards an EV conversion so also toying with a completely flat underside front to back, and reducing the air intake up front to just the slit under the service flap.

Also, in some way want to direct air flow over the front wheels to create a boundary layer and reduce drag there. So directing air to just behind the wheel arch liner and directing it out of there. (redesigned fog lamp holders? drop the fog lamps for an intake?)

Not quite got the colour right, but I don't think it's too bad...!!

A2Dreamer said:
Not quite got the colour right, but I don't think it's too bad...!!

Combined with a set of moon discs it would look quite cool. Might have to start knocking something up for this one
A 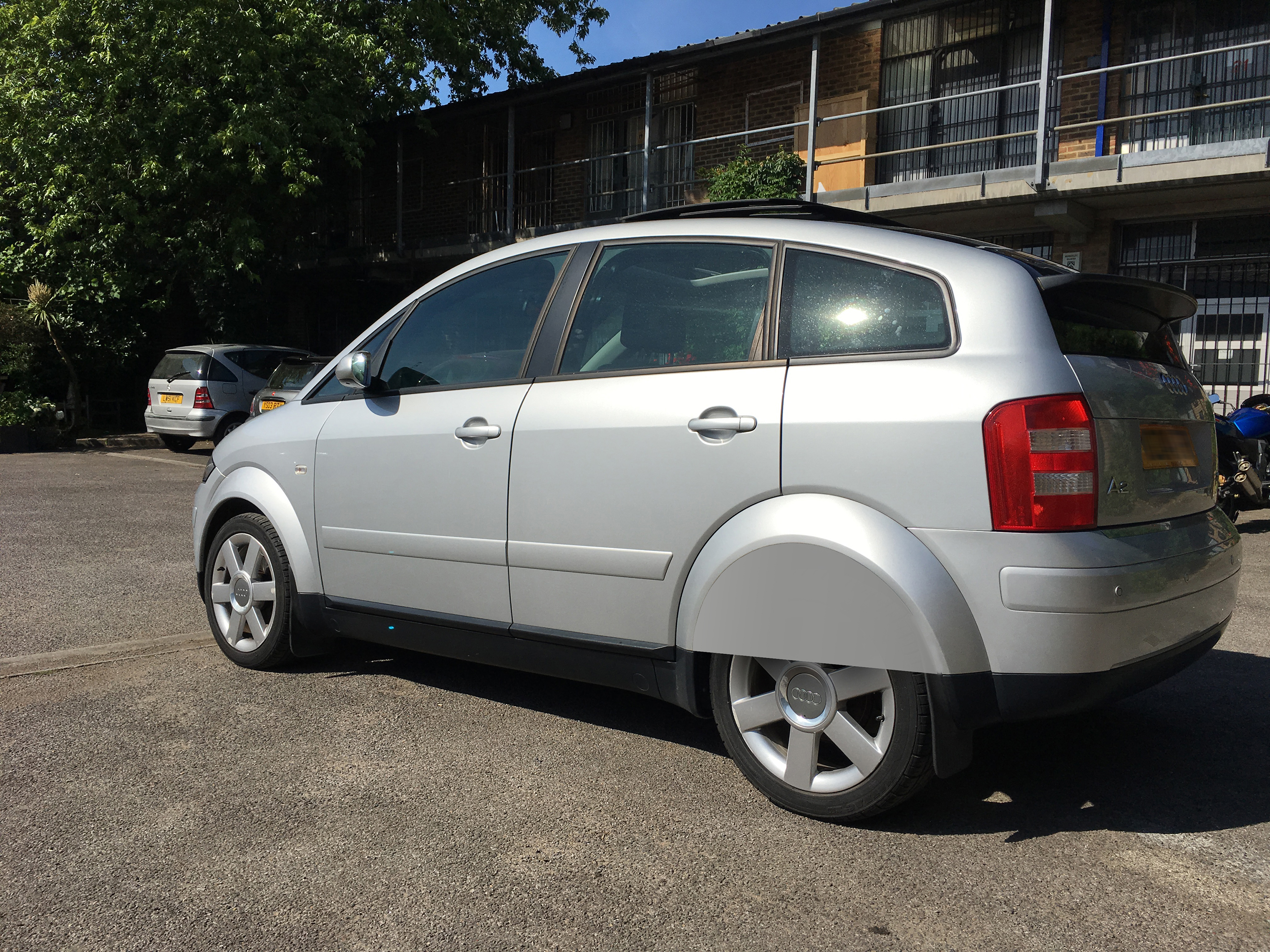 Someone’s already way ahead of us Very efficient, but only in a straight line!

Erlingtheyounger said:
View attachment 96327
Might have to start knocking something up for this one
Click to expand...

Would the heavier steel wheels negate and advantage gained by the wheel trims ?

steveb said:
Would the heavier steel wheels negate and advantage gained by the wheel trims ?
Click to expand...

Quite the contrary. The mass of the wheels was believed to enhance fuel economy.
M

I got chills when I saw these photos. There should be a warning before opening this post …

steveb said:
Would the heavier steel wheels negate and advantage gained by the wheel trims ?
Click to expand...

Perhaps. But my wheels are DEFINITELY not steel

The absolute epitome of ‘getting carried away’ right there!

Well just imagine the tail gate gas struts trying to cope with that lot! Nice way to turn poor rear visibility almost impossible especially as the door mirrors are also removed, not to mention the PITA it would be to check tyre pressures or change a tyre. Curious just how the covers on the front arches would move to enable you to steer the car. Bet it Cd is higher than a standard car.

At least the car from i-robot was "semi believable" a film that had several Audis playing important roles... 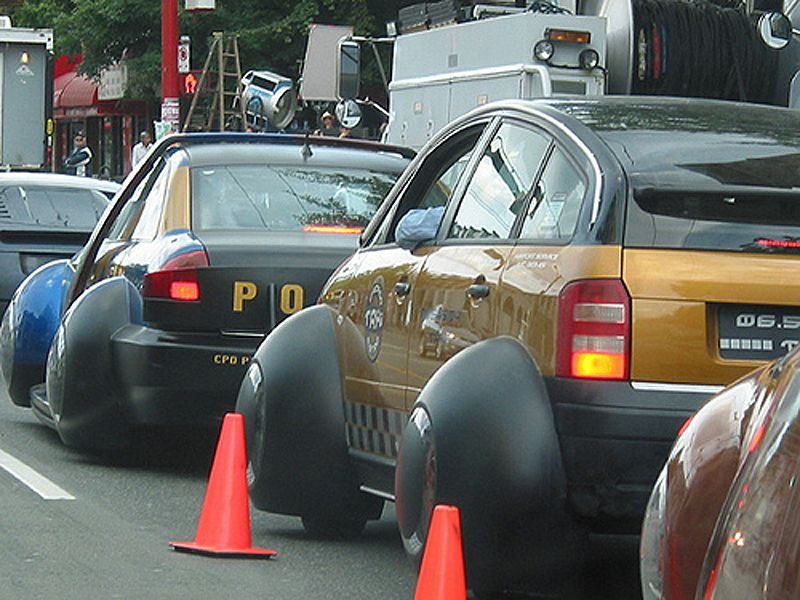