I have a leak from the top of my fuel filter. I think it’s were the valve joins into the filter. I have ordered a new filter but I’m having trouble finding the valve. I’ve found the part number 057 127 247 E but can’t find anywhere that sells this. Does anyone know where I can get this part?

I have a leak from the top of my fuel filter. I think it’s were the valve joins into the filter. I have ordered a new filter but I’m having trouble finding the valve. I’ve found the part number 057 127 247 E but can’t find anywhere that sells this. Does anyone know where I can get this part?

This topic has been "discussed"here.

I have another fuelsystem, so I have no experience with this cannister type.
Before installing any new filter, be aware that some filters on the marked just do not fit, even if they have the right part number.
Have a look here; https://www.a2oc.net/community/index.php?threads/not-all-fuel-filters-are-equal-tdi-to-02.47166/

(could it be that one of the filters is meant for the fuelsystem with or without this valve, or before or after 2001? 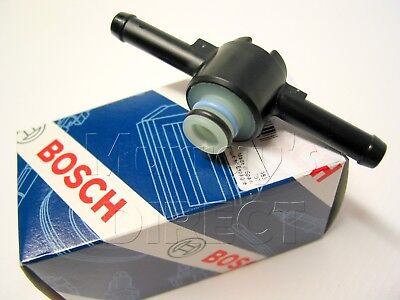 Hopefully, someone with more knowledge around this system, will join your thread.
Last edited: 12 Oct 2021
L

I’ve since discovered that the E part is different to the A part. There has never been an aftermarket producer for the E part. Audi discontinued the part in April 2019.

Perhaps if you obtain the "A" part and the matching fuel filter. Providing all the ports on the filter are in the same place and size that may be the only way to go. What is wrong with the part you already have? Does it just need a new O ring or is there more wrong with it?
L

I got told the A and E parts do different things and aren’t interchangeable.

Since my last post I’ve changed the filter, which didn’t stop the leak. All of the hoses have been replaced, this didn’t stop it either. I tried an extra o ring in the plastic part, it still leaked. The plastic part looks fine, I can’t see any cracks or stress marks on it, but I do have a significant leak coming from it or the joints.

I’m going to try a genuine Audi filter next. The two I have are the same brand and it’s the last thing to try.

Would perhaps looking to see if swapping to the later type filter and pipework be a better long term option?
L

audifan said:
Would perhaps looking to see if swapping to the later type filter and pipework be a better long term option?
Click to expand...

I did wonder about that but I don’t know about the differences. Would the pipework need modifying? Do the newer ones work on cars with webasto heaters?

Webasto does not make any difference. Four connections on both housings.

You would obviously have to check for technical reasons for the later type not to be fitted, but it looks feasible. Perhaps others can confirm either way? Perhaps another post where you ask exactly that and hope someone can say yes they have done so or no because of XYZ?

Are you absolute sure it comes from the filter or the joints nearby?
There is a thread about fuel leaks in the German forum here.Same fuelsystem, I think.

Fredaudi said:
Are you absolute sure it comes from the filter or the joints nearby?
There is a thread about fuel leaks in the German forum here.Same fuelsystem, I think.

Yes. Fuel is collecting on top of the filter then overflows down the sides. I can see diesel coming out from around the white plastic part. Either fuel is leaking at the hose joins, the plastic part is leaking or the seal is not tight enough on the fuel filter. I read on a different thread that some aftermarket fuel filters don't hold the plastic connector down far enough casuing a leak. I'm going to try a genuine filter as the two I have are the same aftermarket brand (though one was fine for years).

The thread on the German site looks like it is for the newer system. I have the old style metal canister (it's a pain to work on!).

Although I think you could replace with the later filter, I suspect your car is still fitted with the fuel heater so until that fails would just try and obtain the correctly manufactured metal canister that is fitted. The plastic bit on the top is the valve for the fuel heater.

I just noticed that a 1.4 TDI baujahr 2001 was mentioned in the German tread, and that leaks of any kind sometimes are hard to find the source for.
(The picture in the German thread is nr. 5, a controller for fuel temp.)

My impression is that the fuelsystem should be able to withstand quite a pressure, so a Audi filter and new clamps hopefully will solve the problem.
Lets hope so, not the most pleasent place to work on a car.
Last edited: 25 Oct 2021

Unless a very early 1.4 tdi the fuel system is not pressurised only vacuumed through by the tandem pump.

I was including/ thinking of the part of the fuelsystem, that is pressurised, but pressure from the return part, don`t give any pressure to the filter via the return pipe maybe?
LordTJC has a 2001 tdi, but I guess you mean earlier than that Audifan?

Something that could solve the leak, is also to buy a valve kit for the partnumber with suffix A, and only use the O ring and the clamps.
I mean, if nothing is wrong with the discountinued suffix E valve.
And you also get the chance to make a comparison of the two.

Latest update. My dad fitted the new genuine filter while I was at work. He noticed the plastic part had a crack so tried to seal it. It seemed to work for a day or so but I still have a leak. Genuine filter obviously made no difference.

Hopefully I can find a breaker able to supply the plastic part, haven’t had any luck yet.

Well found a listing that quote the A and E using the same part. Note this is a 1J0 part number and not a 057 part number. May be the answer to your problem. If not it is pretty cheap.